An Experimental and Computational Endeavor 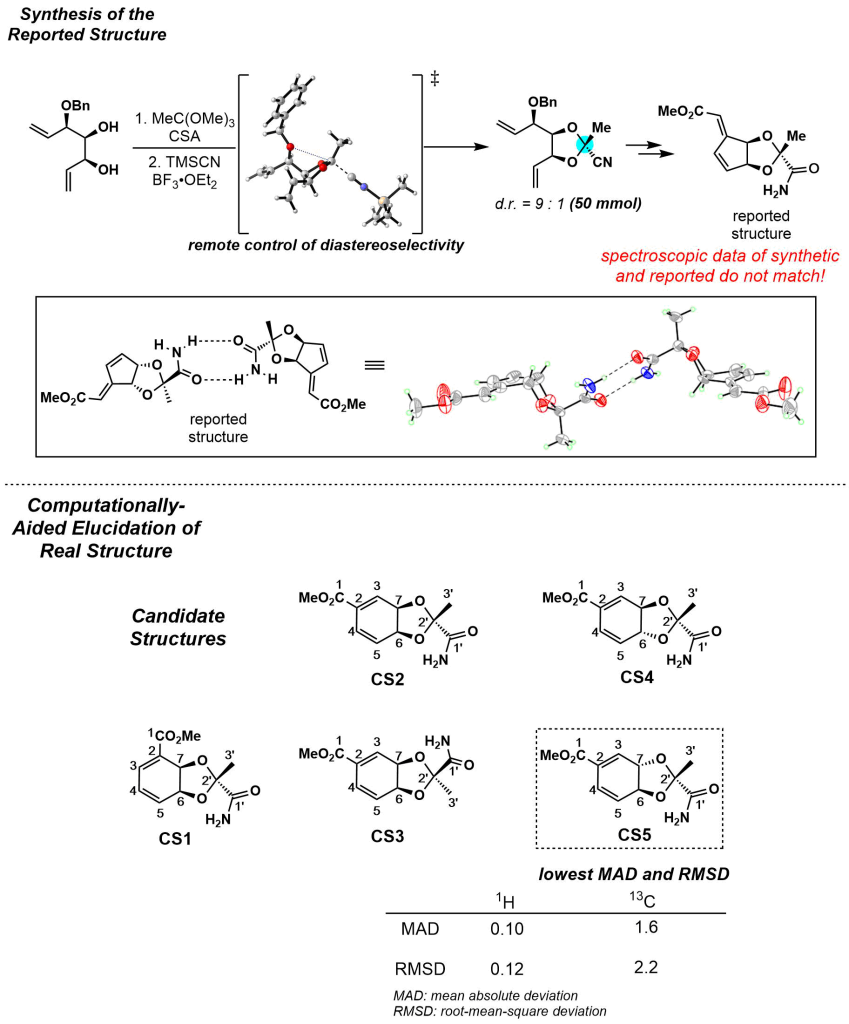 Our group is interested in the natural product stresgenin B, isolated in 1999. This molecule was reported to be a heat shock protein (HSP) gene expression inhibitor, inhibiting the expression of HSP70, 90 and 110. HSPs (e.g., HSP70 and 90) are highly sought-after cancer therapeutic targets. In the context of tumor cells, these molecular chaperones are implicated in several cytoprotective roles. Most of the clinically studied small molecules are N-terminus protein inhibitors. This mode-of-action is known to trigger a counteraction known as heat shock response (HSR), in which inducible HSPs are biosynthesized. The inducible HSPs are also known to play protective roles toward cancer cells, thereby greatly reducing the efficacy of many known HSP90 inhibitors.

Our hypothesis for this field is that, by inhibiting the expression, instead of the protein itself, we might bypass the problem of HSR.

We have accomplished the total synthesis of the reported structure, and we could unambiguously prove the structure of our synthetic material using X-ray crystallographic analysis. We found that the structure proposed by the isolation team in 1999 was erroneous and needs to be revised.

Due to the lack of detailed 2-D spectra data and the authentic sample, we resorted to elucidating the real structure via computational methods. Among the candidate structures we investigated, we found a plausible structure. However, our results yielded an unprecedented and unusual 6/5 bicyclic scaffold: a 1,3-cyclohexadiene fused with a dioxolane. Our computational results still necessitates validation via total synthesis.

Current efforts in this area would be the total syntheses of various candidate structures, and the comparison of experimental and calculated NMR spectroscopic data.